The work of the Scène Nationale de l'Essonne is built around the concept of a "situated project".

But what does this mean in concrete terms? Shared programming, ethnic and sociological diversity, gender parity or pay equity. And above all an action that is developed in a real dialogue with the territory. The Scène nationale de l'Essonne carries an intention. The founding project is not a prescription, nor the realization of an order that would come from the territory. It is a "negotiating body", where we talk to each other and where we really listen to each other.

The average age on this territory is 26 years old. And the real inhabitants are the children, because their parents often work elsewhere. We have therefore very strongly developed performances for young audiences. And a single price policy of 12 euros, and 6 euros for children under 12. We have also developed many initiatives with partners. Among which, for example, programming instances. With social centers and neighborhood centers, we have thus formed a group of young people aged 9-13 who discover three or four shows a year and choose to program one in the theater. Like us, they identify, deliberate, debate, take into account technical and financial conditions. We spend time with them to present them with the issues and enable them to discuss and decide together. The group of 18-25 year olds are building an evening around a theme of their choice - the romantic relationship this year - with a film they choose, guests, a time for discussion. The theater school trains people to speak. Each time, it is a matter of truly enabling everyone to be able to get involved in these projects.

Likewise, with our partners, we are committed to establishing real exchanges. They are the ones creating the life of the territory. The National Education, social centers, sports clubs, the hospital center or the Fleury-Mérogis penitentiary center. We try to listen to everyone equally. We seek to be "revealers" of a territory that they know and know how to photograph very well. This is also a situated project. Whether it is to host a renowned artist or build a workshop with a neighborhood center, everyone must be treated with the same dignity. It is customary to say that the National Stage is 4 places. Three sites - the Théâtre de l'Agora, the Robert Desnos Cultural Center and the Éphémère Theater - plus the entire territory. In terms of program, technical monitoring, we do not make a difference. We do not have a flagship with a flotilla but full of skiffs whose activities can take more or less spectacular forms.

This territory is of course also of great ethnic and sociological diversity. On the subject, therefore, we should not be satisfied with grand declarations of principle. This diversity, we want to find it on stage and in the hall. If the bodies on stage don't look like mine, then that necessarily creates a distancing effect. We are therefore very attentive to these questions in the programming. The question of diversity is also declined on the side of parity. Never a share of female programming lower than 40%, it is our commitment. While paying particular attention to biases such as the over-representation of women in shows for young audiences. We objective our programming by monitoring these figures that we communicate to our Board of Directors. 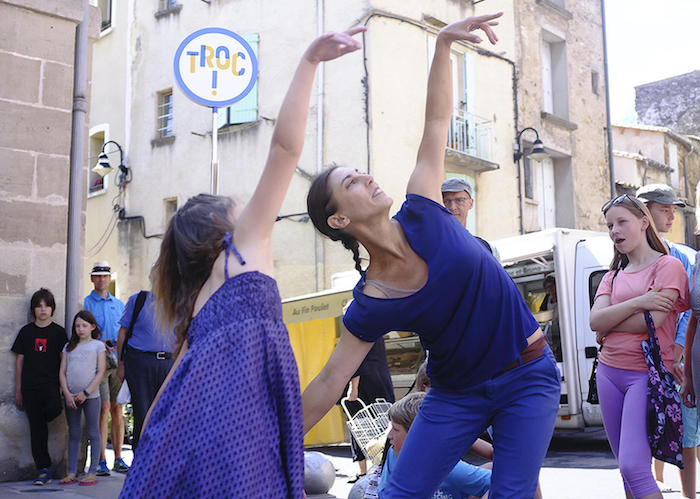 Sauf le Dimanche is a dance company, an artistic factory and a research laboratory focusing on social ties.