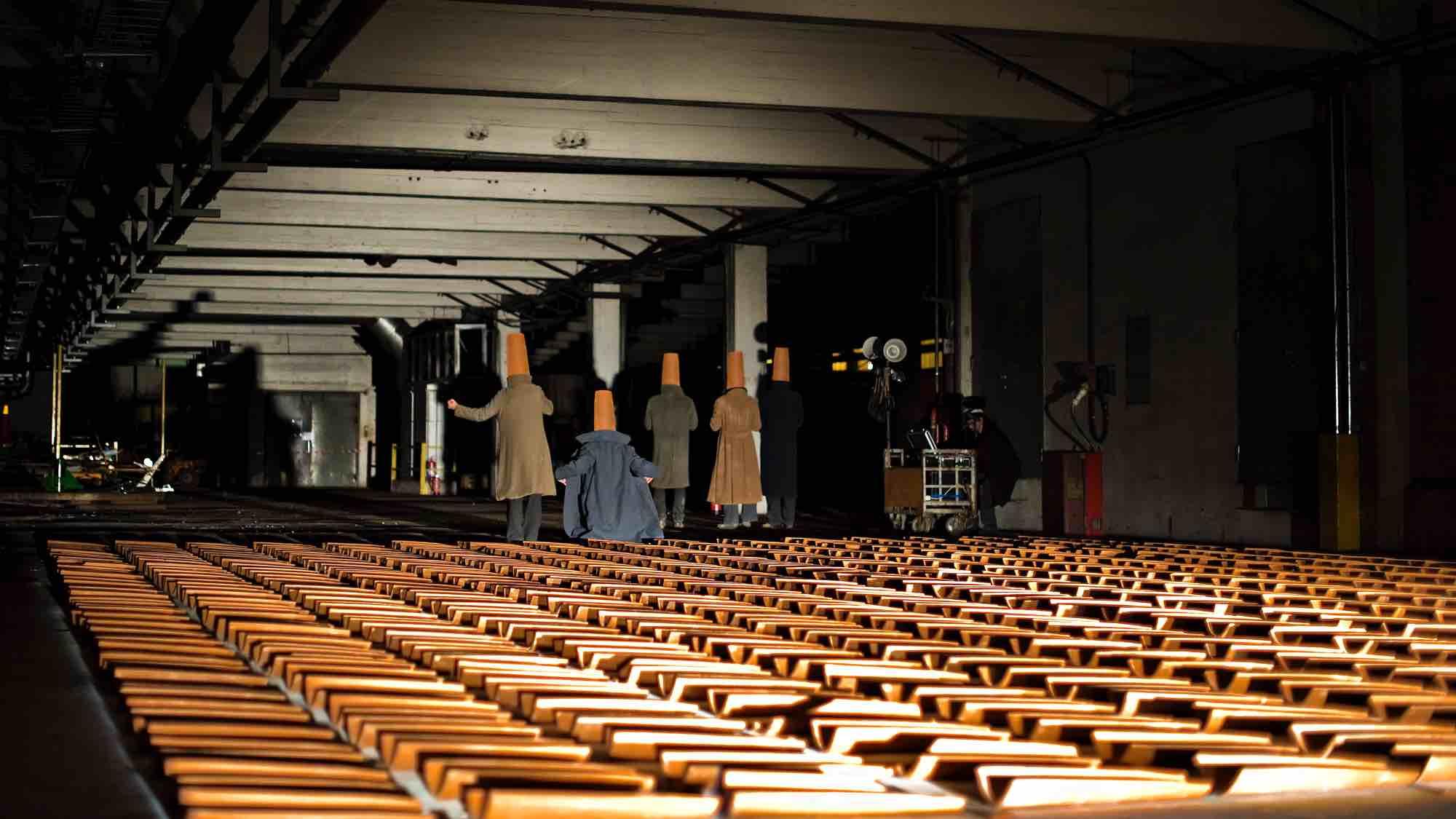 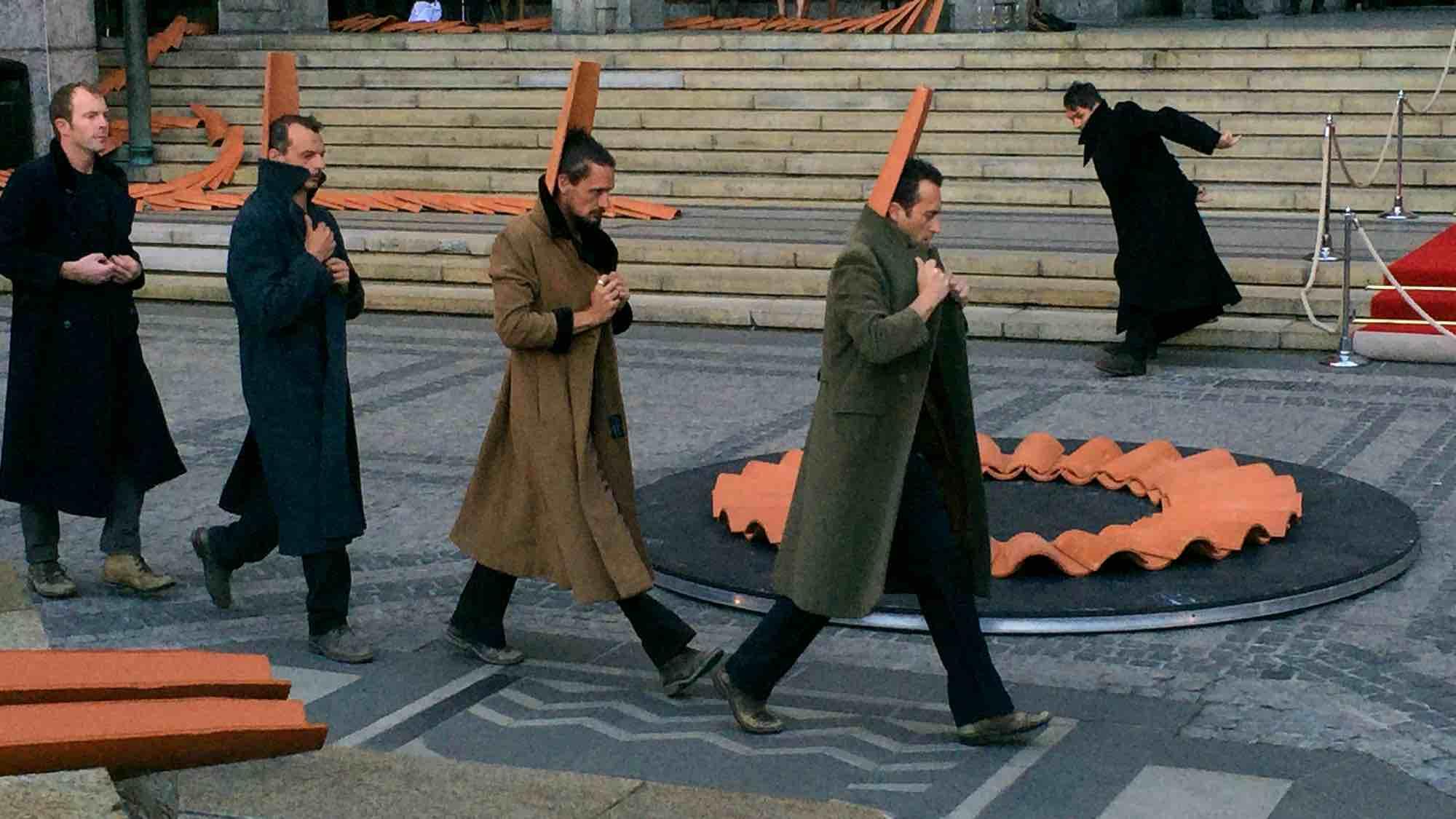 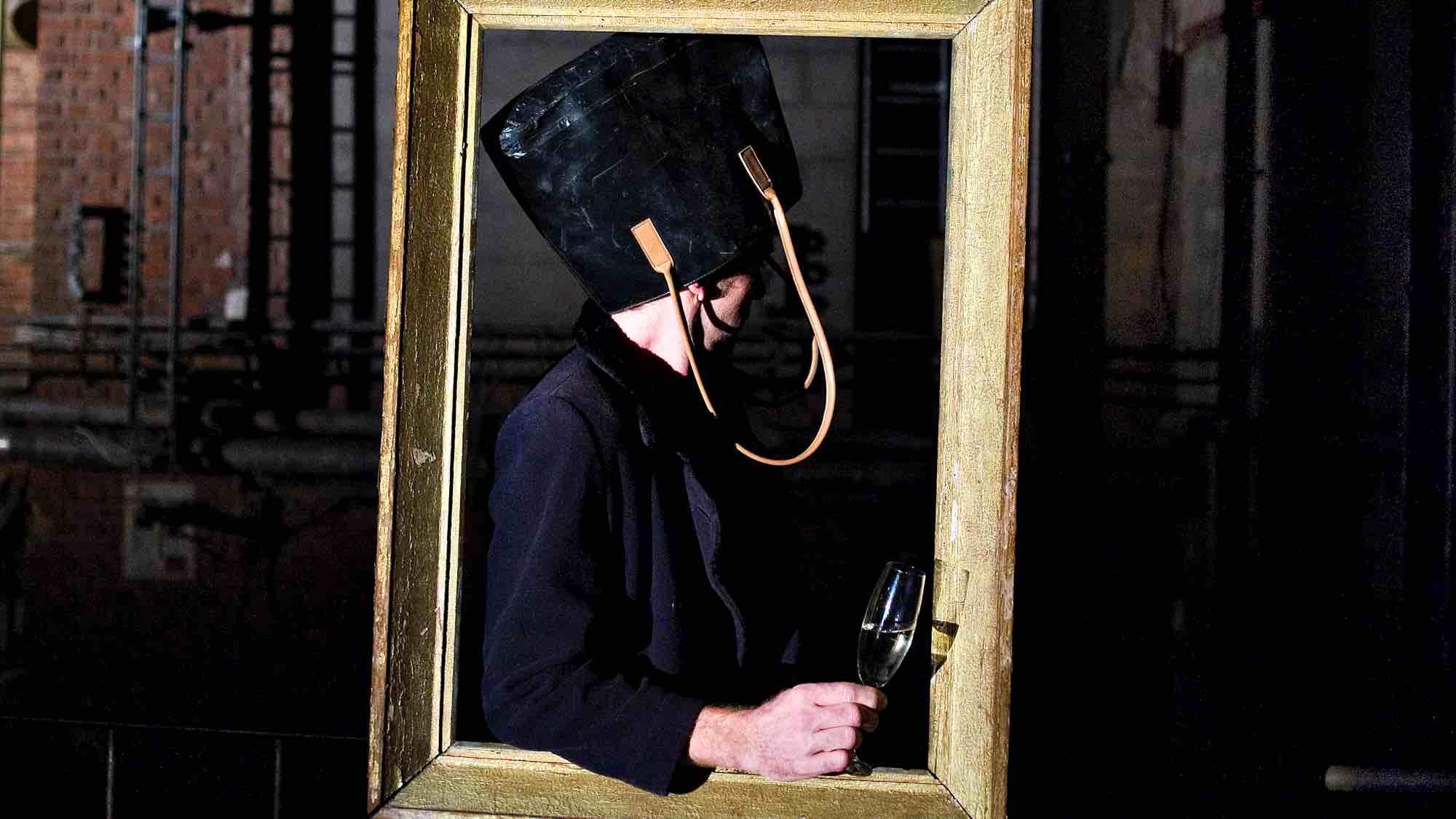 The French collective G. Bistaki is a choreographic and investigative circus whose work adapts itself uniquely to the physical and social features of the space it occupies. Exploring the triangular relationship of body-object-space, their work takes the form of mobile, site-sensitive adventures. In the case of Cooperatzia, terracotta roof tiles, women’s handbags, and military trench coats were the point of departure for their playful experimentation.

In 2014 Scenekunst Østfold invited G. Bistaki to occupy Verket, a decommissioned paper factory complex in the town of Moss. This resulted in a marvelous performance-installation stretching over 1.5 km, employing local amateurs in a series of living tableaux, and transforming the ruins of the familiar into a place of wonder. In 2015 Scenekunst Østfold produced an intervention comprising excerpts during the European Heritage Awards at Oslo City Hall. 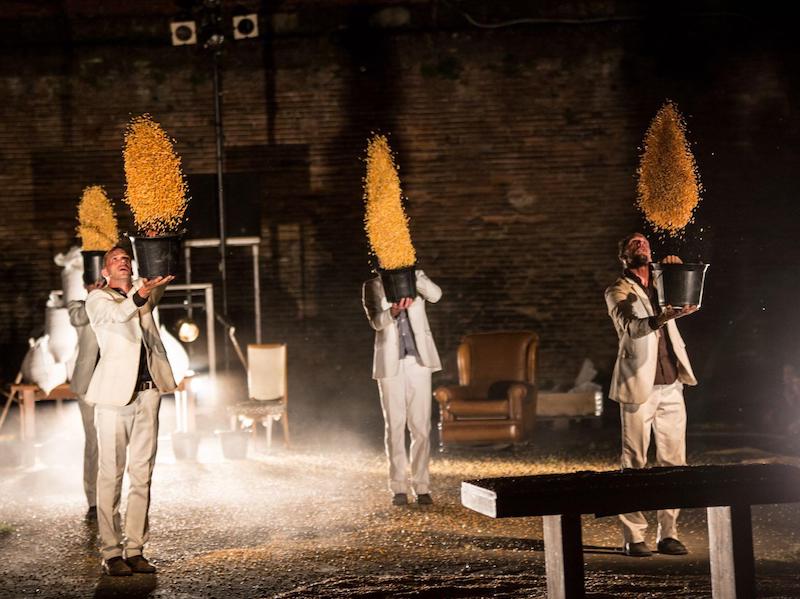