We march, we murmur, step by step.  We have to.
Duck March is a city raid, a march of pregnant women.
Everywhere Duck March creates a bond with the territory, at each geographical stage people who take part of it create a unique event. Duck March is a participatory project started in Italy with the declared intention of spreading in space and continuity in time: involving pregnant women in different parts of the world to form with them a parade with kind of choreographic traits. In any context videos, photographic portraits, interviews, songs and poems are collected to form an exhibition that accompanies the performance. In Duck March all women march together to regain the public space, to show the strength and bestiality of the female body, to carry an anti-violence and regeneration message. 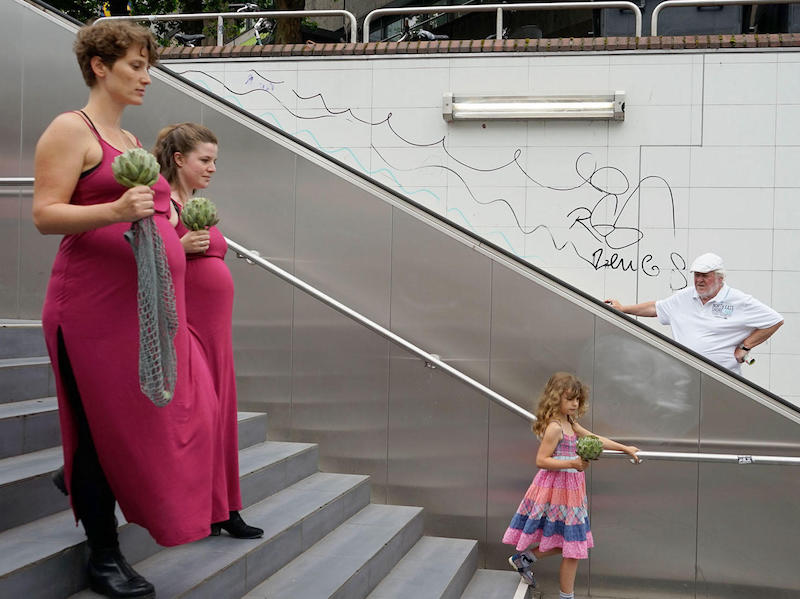