A glimpse of the 2018 Hot House in Terschelling 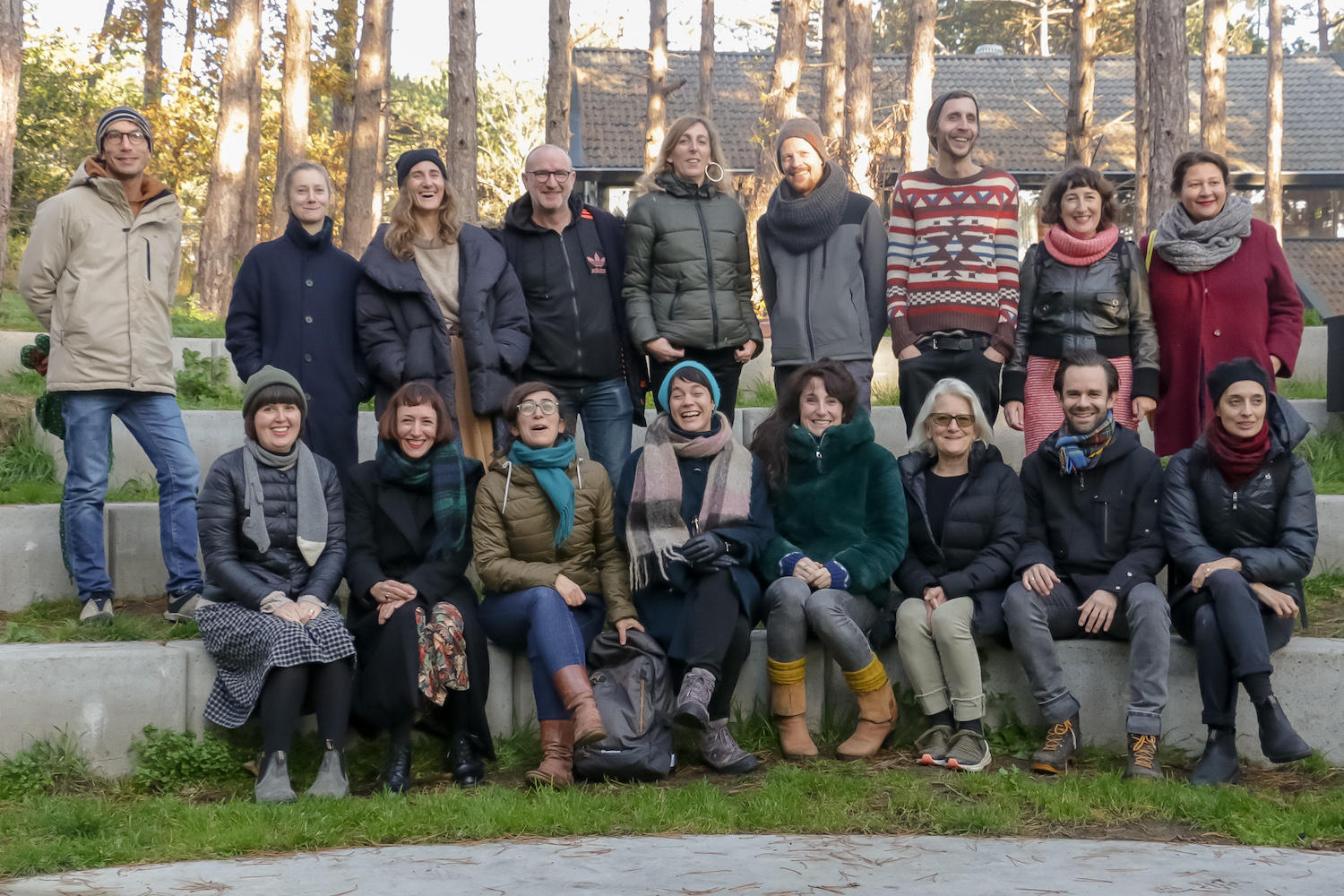 Invited as an external eye of the Hot House 2018 in Terschelling, I wondered how the 17 artists I would meet would define their ‘public space’. What they would offer, how they would address the currently over-asked and over-exposed citizens which form their audiences.

Sometime in the mid-nineties, when I took over as the artistic director of a black box theatre in the center of Amsterdam I pledged to turn these publicly funded contemporary arts space into a real ‘public‘ space. Doors should be open for everyone – if not all day, at least during the evenings. Which would imply that the programs on offer should attract a wider audience than the rather monocultural slice of Amsterdam’s diverse population which was frequenting the theatre venues in the city.

Time was on my side. Hip hop, street art and club culture were at their high. Gentrification was gaining momentum, but the city was still full of open, undeveloped spaces, former industrial and harbor sites laid bare, squats from the 80’s were in use as alternative clubs. And the demographic changes thanks to migration had brought a wide diversity of cultural expressions into the city and its fringes. What was happening on the streets, in the wastelands, garage boxes and in clubs was in a way far more energetic and had more power than much of the work presented in regular theatres.

The artists representing the other aesthetics – by then called ‘street arts’, ‘black arts’ ‘ethnic culture’, including clubbing, hip-hop, rap , slam poetry and spoken word – showed interest to access our stages. For them the acknowledgement of their skills and artform in the wider context of cutting edge contemporary arts mattered. Meanwhile the theatre staff had to do away with a several excluding mechanisms which was liberating for all. And it kind of worked. For a short period, at least.

What if an artist is looking for an unprepared or random audience, for a participative audience, if (s)he wants to offer an immersive experience?

Let’s be honest: What is less inspiring than a black box of a certain square meters addressing a well-trained audience? If a work needs total concentration from artist and audience, it is definitely the place to be. But what if it doesn’t? What if an artist is looking for an unprepared or random audience, for a participative audience, if (s)he wants to offer an immersive experience?  Why would you put yourself in a prison with stage lighting?  Why adapt to all those codes linked to a theatre space: starting at the minute sharp, an audience in the dark forbidden to talk, to react (except for a laugh or a sigh), to use phones, record or take pictures…

And indeed, we soon witnessed that artists who use to be programmed on our stages chose the opposite direction: leaving the black box to look for new inspiration, another audience, other collaborations, another architecture, the public space. 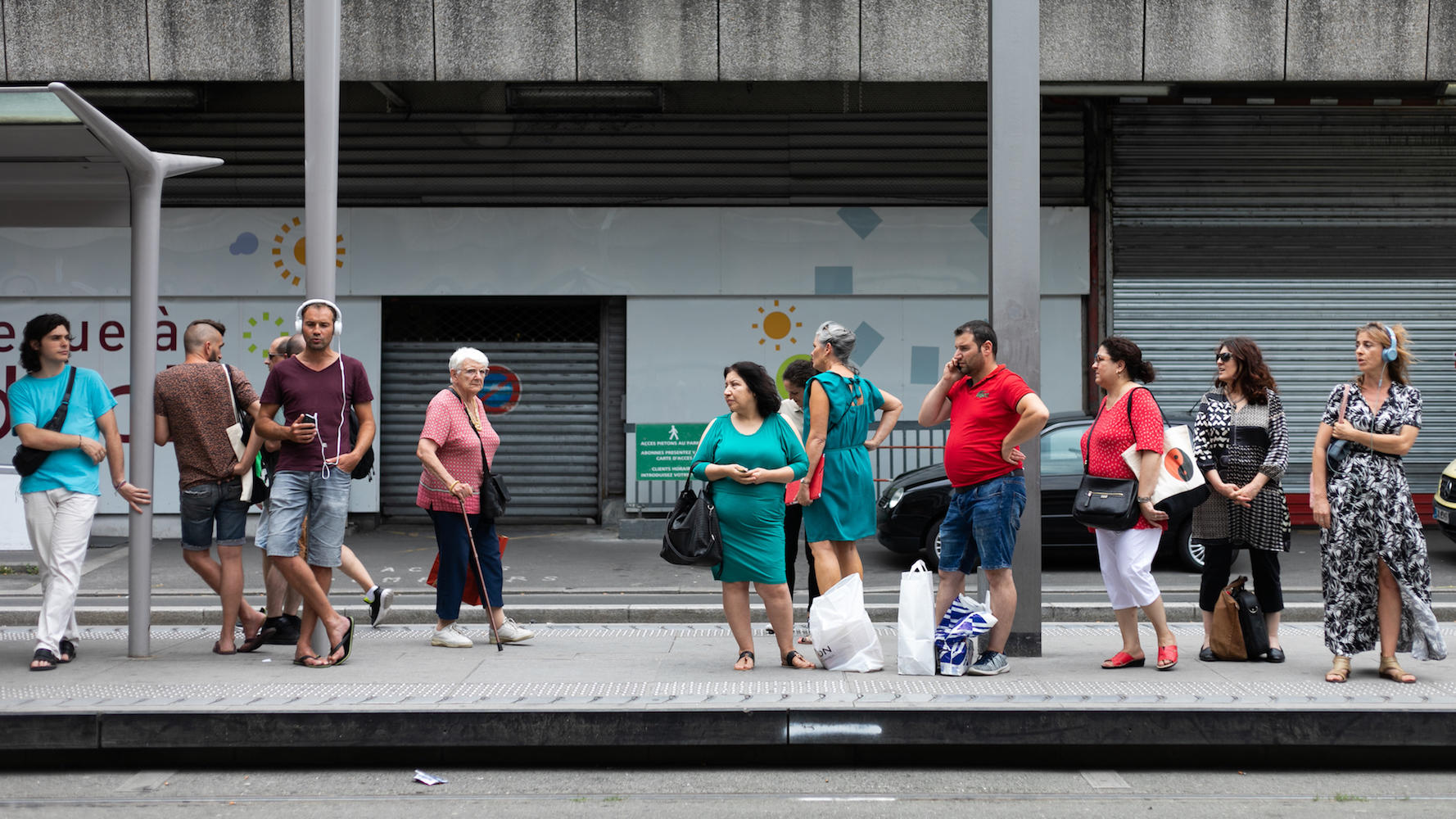 The statement of the 17 Hot House artists is wrapped in an invitation.

Invited as an external eye of the Hot House 2018 in Terschelling some 20 years later, I wondered how the 17 artists I would meet would define their ‘public space’. What they would offer, how they would address the currently over-asked and over-exposed citizens which form their audiences. The world had taken quiet a drastic turn since the years former generations of young artists turned streets, squats and wastelands into their playground. Many young creatives seem to gather in labs, pioneering in new technologies, gaming, what do they value in live arts? Urban arts are commodified, commercialized or banned to the outskirts of the gentrified cities, do they manage to survive as a political act?  Moreover, does the transformation of the public space into a controlled space where we are constantly observed by the camera’s of police and private security firms, where our steps are traceable by the signals we broadcast and where we are continuously in contact with another world at on our smartphone, influence the work?

No wonder I didn’t find a one-fits-all answer to my questions. That random collection of 17 artists at the Hot House, representing a huge variety of backgrounds in 12 different countries, working in all kind of media and disciplines, had just one thing in common: each of them was selected by an IN SITU member that believed in their work.

But even in the huge spectrum of proposals, ranging from a video of a single person in the sand waiting for the tide to wash her over to a nightly march of thousands through the city streets, I presume to have recognized something I wouldn’t call a trend, but a similarity in the way they address the world, their audience and their art form: their statement is wrapped in an invitation.

First invitation: listen to the stories of 'ordinary' people

By preference the stories from people we normally won’t meet, people who are not in our address book, in our social media bubble or favorite coffee bar:elderly people, marginalized communities, migrants, refugees, craftsmen, fishermen. The format may differ – from live radio documentaries on your local radio station broadcasted from the open-air studio you may bump into in the streets of your town to the voices of grandparents mixing fairy tales with their own life experiences while you walk through a forest of whispering trees…  personal stories are at the core of many of the works for public space.

Second invitation: reconnect with nature, your own body and mortality

Is it a coincidence that within a group of 17 artists at least three are working on the theme of birth and death?  Nine compositions, creating an acousmatic soundscape simulating the sounds during the nine months in the belly of your mom, a brass band parade to celebrate death and an announcement screen showing the names and dates of arrivals (newly born) and departures (dead). Art as an inspiration makes us to reflect on our own attitude towards these decisive moments in life, which in our western culture are banned to the private sphere.  While witnessing another artist’s intimate encounter with the non-human nature (or joining her in the sand waiting for the high tide) also reminds us that certain relations desperately need to be restored. 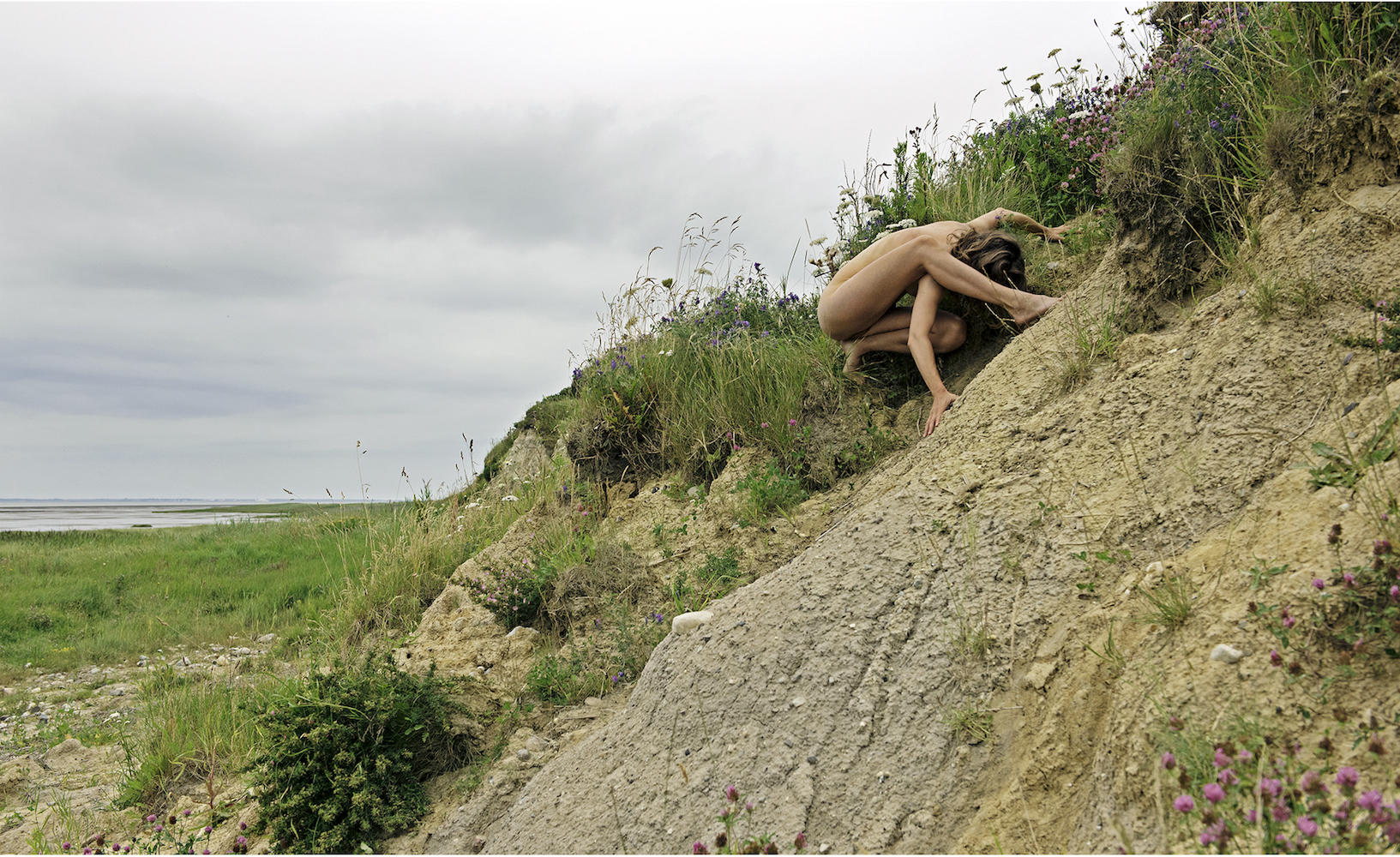 Third invitation: be attentive to the body – see the beauty in the movement or behind the surface

If a choreography for two men in police riot armor will be allowed to happen in the public squares as the artists wish it to be, is a question not yet answered, even though it will allow us to get to see the human being inside that harness. In a way, those dancers in hired uniforms mirror the idea of another artist, staging a silent concert - a choreography of the day-to-day ritual gestures which are part of a special profession, executed by the representatives of that profession. Bodies are messengers - artists highlight what we won’t see on first sight and ask us to pay attention.

Many artists rely on the contribution of the local people. Be it as performers, like the ones in the silent concert, as musicians in a parade celebrating death, as local radio reporters, as their hosts for a ‘dance for food’ or even in a collective healing process. And the relation they create with and between the locals is a crucial element of their work. Many artists propose the audience to be the creator of his own artwork. Walking in a march with 2000 fellow citizens, or with one unknown and invisible partner, playing a live game, creating a game or a live-radio-show. And riding your prepared bike through the invisible architecture of waves and signals, you create your own soundscape with the FM radio-waves you cross. 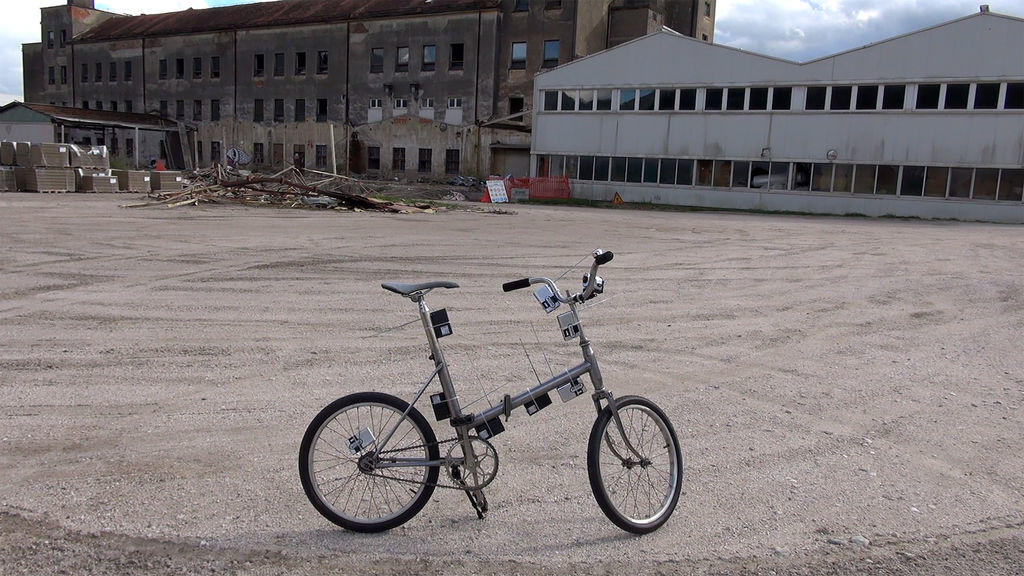 I don't understand all, but is ok © Artur Magrot

Fifth invitation: do doubt what is staged and what isn’tBeing initiated in an action others are not, makes participants in participative and immersive art works hard to recognize both for the non-initiated passers-by and the participants themselves. If audiences are invited on a trail - be it a one man’s trail guided by the dialogue with a ‘stranger’ on a smartphone, or a forest -  most time the performance is invisible for the non-initiated, and even the participants may wonder who is and who isn’t part of the game. At the other hand, artists aiming at a random audience of passers-by – like people in a tram or waiting at a bus stop - may find out some people don’t even recognize the actual performance taking place in front of them.They all invite us to re-aproppriate the public space and fill it with the unmediated, real, private, human experienceSo, what do these invitations taught me about the state of art in public space?As to be expected, immersive and participative practices were dominant. Almost all of the 17 works rely on an active audience. Physical, co-creating, opening up to seldom stories, sounds and people. But less expected - at least for me - was what seemed an absence of the thrive to show off skills, excellence or offer pure entertainment. As is the absence of provocative statements. Big issues are dealt with in a subtle way.One can say that all the projects the artists introduced us to specialized in what in the end is live arts’ unique quality: a soft, communicative, cooperative artform. They all invite us to re-aproppriate the public space and fill it with the unmediated, real, private, human experience.

Nan van Houte is a cultural manager with an academic background. For 15 years she has been director of Frascati theatre in Amsterdam. Before and after she was active in the development of cultural policies and programs and as a producer, dramaturge, tutor and journalist. Her focus on the creation of a more inclusive sector and the role of arts in society, got an international dimension in her current position as secretary general of IETM, international network for the contemporary performing arts. Besides, she is chair of the Board of Dancing on the Edge (artistic exchange with Middle East and North Africa) and co-created Breaking the Silence, a long run theatre piece on the impact of genocide in Cambodia and  Rwanda.