Acupuncture #4: "A BESA policy for Kosovo | How to address visa restrictions from a traditional viewpoint of mutual responsibility" 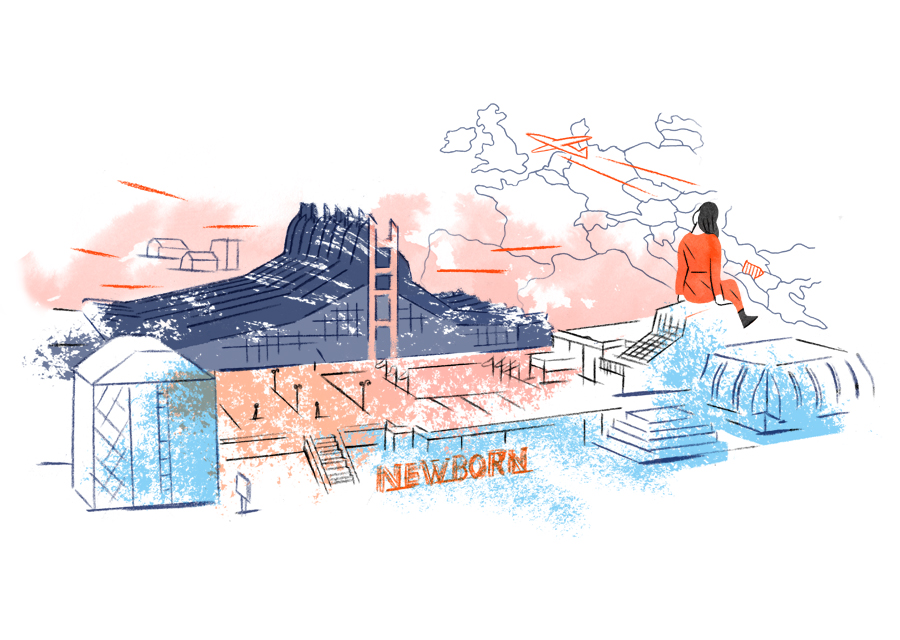 Morten Traavik visited Kosovo twice in order to develop his "Artistic Acupuncture" mission focused on the visa regulations policy in the country. By exploring major issues such as cultural identity and social justice, he came up with a new way to facilitate artistic exchanges in Kosovo - in close collaboration with Teatri ODA.

According to the detailed and thought-provoking chapter “Surviving the paradoxes of mobility”, by Khadija El Bennaoui in the 2018 UNESCO Report Re|Shaping Cultural Policies: “Visa regulations continue to jeopardize the efforts of cultural institutions and civil society to address the persistent inequalities between the global North and the global South” [1].

The definitions of global South and global North, with all their inner contradictions, may certainly be inaccurate from a geographical point of view but, on the other hand, they could be useful concepts for  revealing the imbalance of power between countries, in terms of their citizens and passport-holders who are required to get a visa to travel and those who are not.

The increasing human mobility and all the visa restrictions and procedures that somehow define the strategic and diplomatic relationships between countries, represent unequivocally a central part of the current social and geopolitical challenges at international level. Today, several countries, at different geographical latitudes, have to deal with this very delicate issue.

One peculiar example, in this complex scenario of visa struggles, is represented by Kosovo. This Balkan country, as described by Wikipedia, is “a partially recognized state with a disputed territory in South-eastern Europe”, and with a number of internal challenges against which its citizens and different layers of society are constantly striving.

According to the extensive report made by the European Commission in 2019:

“The citizens of Kosovo remain the only citizens from the Western Balkans that have to apply for and obtain a visa to travel to the Schengen Area. A visa liberalisation dialogue started in 2012. In May 2016, the Commission issued a legislative proposal for visa liberalisation, on the understanding that by the day of its adoption by the European Parliament and the Council, Kosovo would have ratified the border/boundary agreement with Montenegro and strengthened its track record in the fight against organised crime and corruption” [2].

In the meantime, this specific situation claims the attention of several cultural and art professionals who directly suffer the consequences of visa restrictions.

As specified by Teatri ODA, the IN SITU partner in the country:

“Kosovo is geographically part of Europe, but politically kept apart from the continent. The country offers thousands of stories of families not being able to visit each other, of artists not being able to travel and take part in artistic exchanges, of missed life chance opportunities for basketball players due to the bureaucracy of visas and permits. How ‘European’ is Kosovo? Who and why is keeping citizens of Kosovo isolated? Socially, culturally, politically... What is possible and what is to be done by citizens, political elite, cultural and civil activists?”

This statement, and the different questions that emerged from it, paved the way for the Acupuncture mission in Kosovo and for the artistic proposal tackled by the invited artist.

Within this complex context – in between political issues, EU controversial positions, complicated challenges related to crime and corruption as well as feelings of isolation and frustration – the artist Morten Traavik has been developing his research and creative exploration.

An artist immersed in the political intricacies: the emergence of a creative proposal

The artist elaborated deeply on these social and human layers, mentioning for example that in Kosovo there is: a weak level of trust between population and government; a dense feeling of isolation, physically and psychologically; that people are constantly searching for answers.

Another dimension of the artist’s research, addresses more visual and physical elements: such as the buildings of the EU embassies and the people queuing outside for a visa request (especially outside the German embassy); or the visible presence of specific offices whose services are focused on providing assistance for all the bureaucratic practicalities related to the visa application.

The images and meaning of these solid and tangible spaces give a concrete dimension of the time and frustration spent moving around papers, forms, photos, declarations etc.

The above-mentioned reflections, and their different layers, emerged from the field research and through the diverse encounters that Morten Traavik made during his stay in Kosovo.

Teatri ODA had prepared a full and varied programme of meetings and conversations with representatives from different sectors of Kosovo’s public discourse and civil society: researchers, artists, politicians, academics, philosophers and activists.

A new category of visa, between hyper-theatre and political advocacy

As a result of the research – and thanks to the different views collected during his conversations and meetings – the artist came up with an alternative visa strategy in order to overcome, according to his own view, this general condition of lethargy, apathy and resignation, and as a way to be proactive.

The proposal presented by Morten Traavik envisions a new category of visas – called “besas” – for visitors and/or asylum seekers to European Union countries, based on the Albanian concept of besa (generally translated as: word of honour, promise, pledge), as defined in the ancient northern Albanian rules and social codes of honour collected in the Kanun of Lekë Dukagjini. One of the central aspects of besa is the sacred duty of the host to offer his house guest not only hospitality, but also protection from harm under any and all circumstances. The host assumes responsibility not only for the guest’s well being, but also for any misdemeanours or crimes the guest might commit while under the host’s besa. In the clan-dominated old Albanian highland society, this meant that anybody in conflict with the guest was entitled to demand compensation from the host’s family. The host was thus, not only morally and materially, but also legally, responsible for the guest. According to the artist, the BESA POLICY addresses not only the seemingly deep-frozen and deadlocked state of EU visa restrictions for Kosovar citizens, but also in a wider sense current European immigration and integration issues.

The artist’s proposal is twofold:

Firstly, there will be a more performative and theatrical dimension, a physical manifestation of the concept through the setting up of besas offices that would pop up in public spaces of the IN SITU network cities. These besas offices would allow people to apply for a besas visa either as an applicant (for citizens from Kosovo or any countries outside the Schengen area) or as a ‘host’ (for citizens from the hosting countries).

Secondly, there will be a formal advocacy process: the artist, in close collaboration with relevant Kosovar and European governmental and legal institutions, aims to submit this new category of visa, BESA, to the European Parliament for ratification.

In times of increasing migration – and within the current general crisis of responsibility and lack of solutions – the artist attempts to evoke and reflect upon a different notion, that of mutual responsibility, which might provide new answers to this very uneasy challenge.

Creating a different understanding of responsibilities and duties – and consequently a renewed sense of coexistence – stand definitively at the heart of the practice of sharing public space.