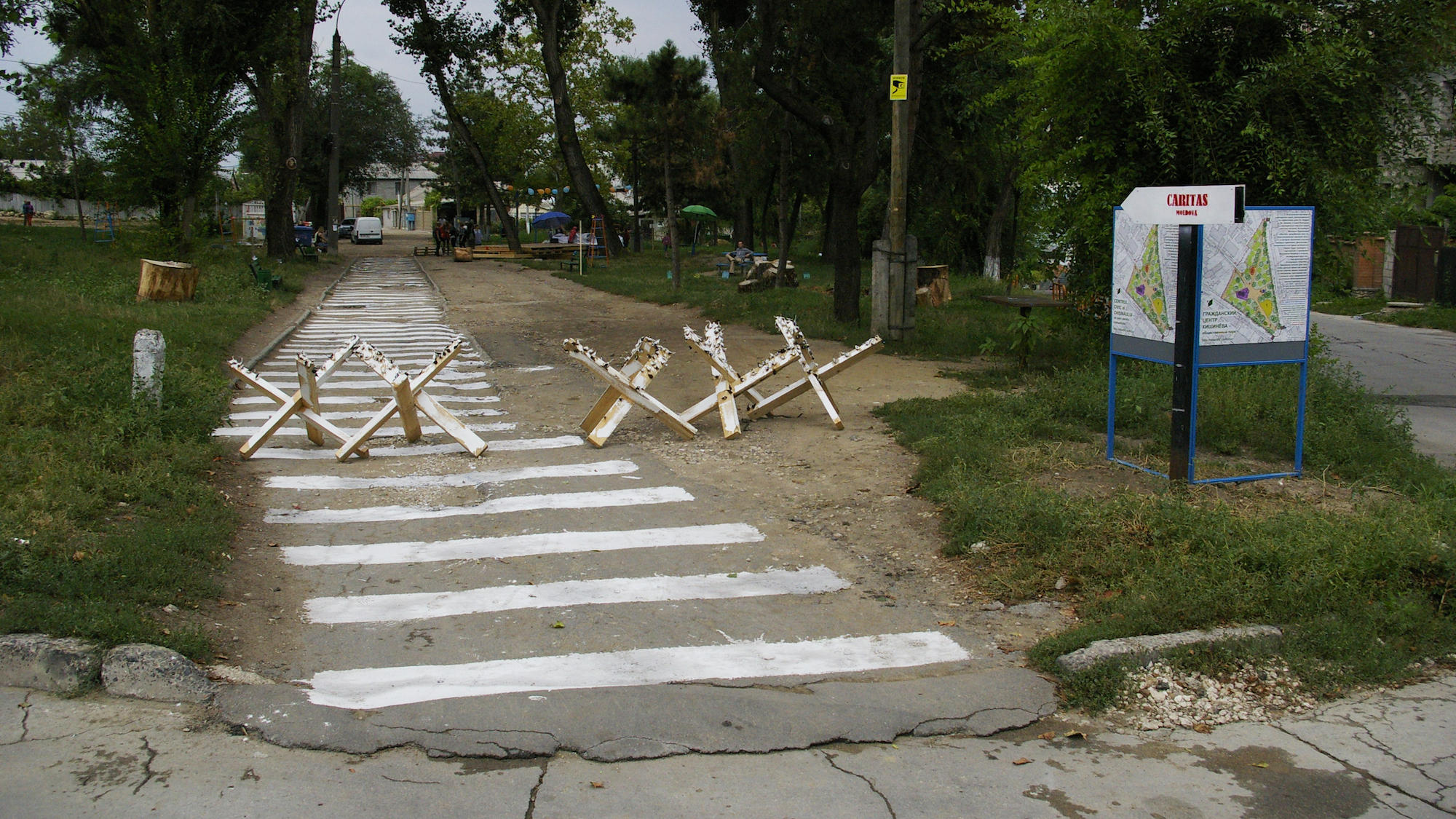 Jay Wahl is the former artistic director of the Kimmel Center in Philadelphia. Vladimir Us  is a curator with the Oberliht Group in Moldova. Both organisations are members of the IN SITU platform. They examine the concept of popular art and compare their approaches to working in public space.

At its westernmost point, the IN SITU platform reaches beyond Europe to the USA, where Jay Wahl is the artistic director of the Kimmel Center in Philadelphia. To the east, it slips past the border of the EU to Moldova, where Vladimir US is a curator with the Oberliht Group. At first glance, the distance between the two is more than geographic; it’s also political, with Us living in “a very young democracy” still struggling to shed the legacy of its former life as part of the Soviet Union, and Wahl in its former nemesis, which has “held tight to our constitution and the First Amendment since 1787”.

Ask them how they might define popular art and another difference emerges: for many in America, says Wahl, popularism equates with “profitability”, whereas for Us it calls to mind “folklore”, traditional arts with deep rural roots (and Wahl is uncomfortably aware that the native American equivalent was all but eradicated by European settlers who created the US).

“I see art as a field of autonomy, giving a different opportunity to people to engage with each other”  Vladimir Us

I live in London, almost midway between the two, and for me popular art means scale: whether it’s the musical that plays to audiences of thousands, or outdoor works that draw huge crowds to city streets. And here, too, is a gulf between Wahl and Us: the most successful work Wahl has programmed in his city to date (by French Compagnie Transe Express) had an estimated audience of 200,000; whereas the biggest audience Chisinau, the capital city of the country, can expect to draw would be perhaps 5,000 for a pop star (another definition of populism Us offers), dropping to more like 200 for Oberliht’s work.

When our conversation moves beyond facts and figures, however, to discuss the two men’s values, considerations and approaches to working in public space, intriguing parallels and similarities emerge. The first is in their relationship to funding: Moldova claims to support its cultural sector, but in reality the public money available to organisations across the country is just 100,000 Euros, while businesses are not interested in sponsoring small-scale work that can’t demonstrate its impact on the populace.The situation in the US is no better: “As an artistic director,” says Wahl, “my mission is to bring people together to foster empathy and dialogue – but if you’re an organisation that runs a venue, at some level your mission is to fill that venue.” And that shifts the terms of debate about art that isn’t visibly popular, either in terms of reach or revenue: from a conversation about how it might be “disrupting, or spurring connections” to a focus on how it’s being financed. Wahl’s frustration with this has led him to a controversial line of inquiry: what might happen if “the arts sector were judged on voting rates”? He explains: “The arts community are fostering understanding among populations, and I don’t know how you measure that except to say we stood up for each other, and one of the ways you stand up for each other is you vote.” He wants art to be much more integrated into municipal life: “When the city is trying to solve problems – like jobs, or education, or prisons – police, schools and businesses gather round a table, but usually the arts are not at that table. I think you should hold the arts accountable to public sectors: we have a role to make sure that society is functioning. I want to make that explicit, because that helps me solve funding problems.” 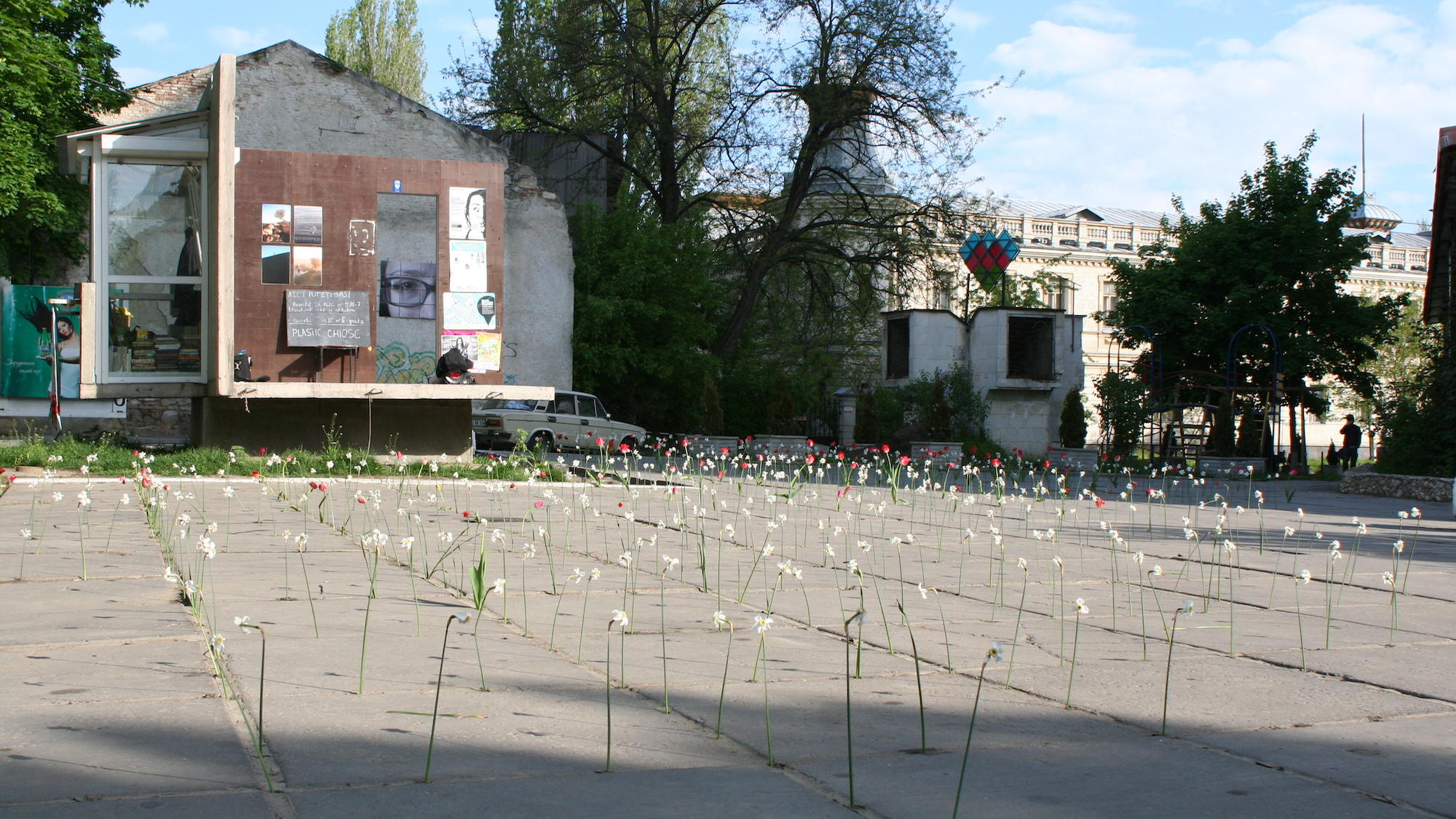 For Vladimir Us, the concern is less money than democratic participation. “We lack participation in everyday life; we need to create new mechanisms and new institutions to ensure the participation of people who were excluded until now from different processes”, he says. “One aim of our organisation is to do that: we try to open the possibilities for people to participate in urban planning, or policy-making, or improving education – and culture has the power to create its own forums to discuss these public issues. I see art as a field of autonomy, which can reproduce social relations but in a different way, giving a different opportunity to people to engage with each other.

Autonomy is important to Us because it is a way of countering history: “We are coming from a very specific area where art and culture were used to serve the ideology. Social realism was the leading trend of the whole Soviet Union, and for the majority of artists it was a tool for propaganda. We have to rethink that language and use art in a different way.”When he sites work in public space, it’s with the specific purpose of “problematising the way public space is being used” and “developing a critical culture”. This is vital because the “new liberal way of life” is already having some negative impacts on public space: “Monuments are being demolished which represent the regime, but on the other hand have an intrinsic value of the artist; and cultural spaces are disappearing as well, for instance a cinema would be demolished to build a shopping mall. So for us, public space is also the content of the work we produce. We use art and culture to talk about these things, to unite people around contemporary issues that affect us today.” 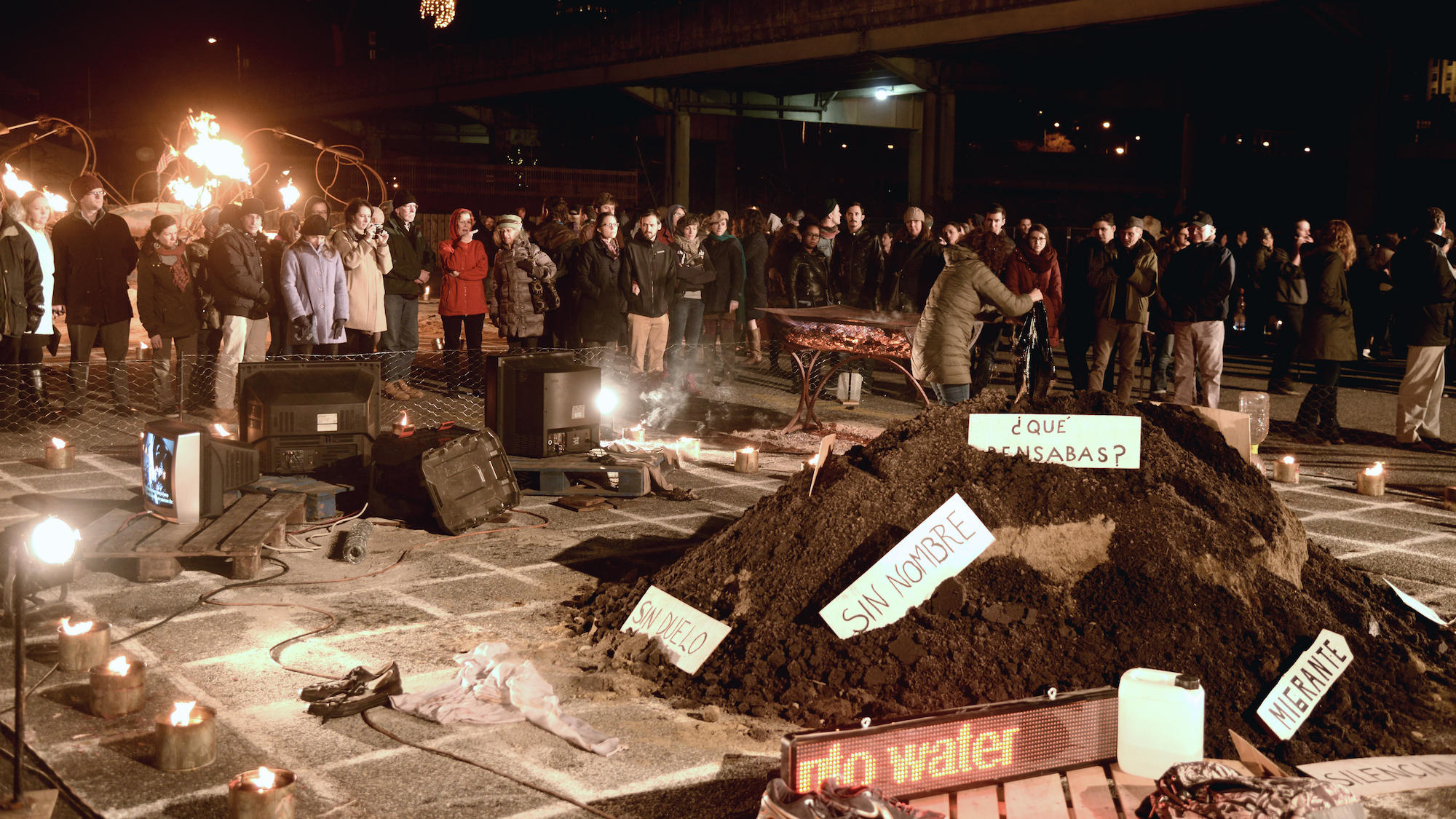 This resonates with Wahl differently now to how it might have a year ago. “We’re going through a political revolution at the moment,” he says wryly. “What’s interesting with our current president is people are taking to the streets in ways that this country hasn’t seen in fifty years. Suddenly there is an awareness that some of that space is ours.” This presents him with an opportunity: to demonstrate the extent to which public space in the US is actually “corporate space”, and create “a multi-perspective dialogue around value systems”. This introduces a different question: the extent to which popular art might also be participatory art, and what is meant by participation. Already sensitive about this word, Us is resistant to “participatory art works where the artist controls the whole process: then it’s not a participatory process, it’s a directing process”. Wahl sees this often in the US as well, and with it “this fear that the more open the system is to input, the worse the quality of output is”. He argues against choosing one over the other: “There are art forms which work really well when there is a singular artist who has a vision which is executed, and then there are art forms which work really well when there’s a multiplicity of individuals self-expressing together. I think that’s healthy – so how do these things thrive in the same environment?” The key word here is multiplicity. “One of the things we do really well is foster discussion and offer multiple perspectives”, says Wahl, “and one of the challenges we have in our country right now is we’re not listening to multiple perspectives.” For him, there is a direct link between a conversation about art and culture that is focused on profitability and audience numbers, and rising populism in politics. “When we think about ourselves as a venue that we want to drive people into and we want to fill, that is the same kind of rise that’s leading to right-wing extremism, because it’s not saying that we’re responsible for taking care of the larger city.”

This is the definition of popular art that connects Us and Wahl most profoundly: it is art that takes seriously its place within society and ability to lead change. As Us says: “We moved out of traditional institutions to find an alternative, which can then be institutionalised so that it reaches more people. What we are doing now on the street is experimenting with different forms which could be multiplied in a different way. It’s strange to see innovation in the business sector but not in culture: that should be the most flexible field of rethinking society and generating new models.” As Jay Wahl points out, the advantage of the IN SITU platform is that people from multiple countries have “an opportunity to learn from different cultural understandings and political changes what our role is in public space. And this is precisely the time when this question is at its most urgent”.